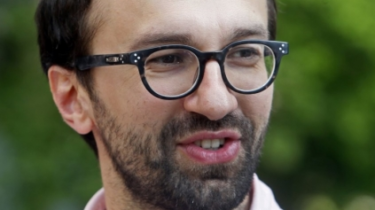 Winnick denied the alleged termination of the actions of Ukrainian sanctions against Russia.

MP from the faction “Block of Petro Poroshenko” Ivan Vinnik believes that the accusations in the direction of the national security Council regarding the termination of the sanctions against Russia because of corruption, the people’s Deputy Serhiy Leshchenko trying to hide his own interest.

Winnick responded to the statement Leshchenko on what sanctions the Ukrainian side against the aggressor would be in effect for one year, and on September 16 of this year, ceased to operate.

“Especially for Sergei Leshchenko part of the post I will write in Russian. See that he is closer and nicer material, because history knows many examples of that Russia is a good paying for lobbying in Ukraine, for example, Yanukovych received $ 3 billion for the rejection of Association with the EU,” – wrote in a blog for the Censor.no the MP.

See also: Leshchenko showed where he lives with his beloved and talked about conversations with Grigorishin, Poroshenko and Akhmetov

“All of it was served Leshchenko like he exposed another corrupt abscess. But as a legislator Leshchenko knows that the application of sanctions regulated by the Law of Ukraine “On sanctions”. According to part 2. article 5 of this Law, the decision on sanctions was adopted by the national security Council and further put into effect by presidential decree. According to the NSDC decision from 02 September 2015, promulgated by the decree of the President, the sanctions applied to a wide range of individuals and legal entities of the Russian Federation. As a legislator Leshchenko knows that according to part 7. article 5 of the Act the decision about the lifting of sanctions is taken by the body that made the decision on their application, in the case that the use of sanctions has led to the achievement of the purpose of their use,” wrote winnick.

The MP also noted that on October 16 sanctions against Russia has not ceased to act. The politician said that now, on the contrary, we intend to expand the lists.

“Just Leshchenko know that the Council is not canceled (!) in its decision of sanctions against the subjects of the country of the aggressor, but on the contrary, are now preparing a proposal for an additional list of persons and entities of the Russian Federation with the aim of harmonizing the cost-financial and personal sanctions Ukraine sanctions applicable international partners of Ukraine”, – said the Deputy.

Winnick is convinced that such statements to the MP, around the apartment which recently broke the scandal, trying to hide their own lobbying.

“Leshchenko hides its commercial corrupt lobbying in favor of Russian companies, clumsily referring to the period of 1 year specified in the aforementioned decision of the Council. But as the representative of the Supreme legislative body of the country Leshchenko it is known that according to the Law the mentioned term does not define the date of the lifting of sanctions, but only a deadline after which, the Council may reconsider its decision in the case that the use of sanctions has led to the achievement of the purpose of their use,” – said the MP.

We will remind that earlier Sergey Leshchenko said that the national security Council decision on sanctions has ceased to operate. In the sanctions list, he said, is about 400 Russian politicians, oligarchs, analysts, about 100 Russian companies. Sanctions were introduced for one year, and on September 16 of this year, ceased to operate. The new solution is still there.

“These “sanctioned holidays” are made understandable goal. According to my information, there is now a new market of corruption services, when you can from the sanctions list to exclude for certain arrangements of a material nature, or to include your competitor,” – said the Deputy.

Leshchenko assured that he knows examples, when the “tangible reward” Russian companies fall under the sanctions to other companies that operate in Ukraine, received benefits. According to him, thus there is in fact a redistribution of the market.