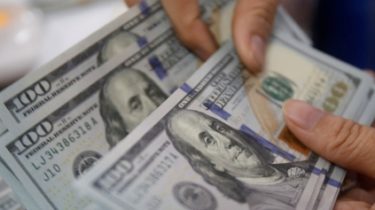 In social networks people are already reports of findings.

The Russian Magnitogorsk anonymous rich man hid in envelopes with money. Yesterday, October 15, he put 500 envelopes, and today made another five thousand.

The rich man announced that he will hide money on the outskirts and the suburbs, transmits radio “Vesti FM”. It is noted that the envelopes it is possible to find the money in denominations from 50 to 5,000 Russian rubles.

In addition, some envelopes tucked away from one to one hundred dollars. This money in turn can be found in black envelopes with silver latch.

See photos: floats and does not bend. Britain has introduced a new plastic banknote

According to the report, this way the person wants to help people experience pleasant emotions. Such an action, the rich man intends to carry out to the end of the year. In social networks people have already reported about the found money.

We will remind, earlier in San Francisco is unknown to the rich man decided to arrange an unusual contest using Twitter. An anonymous millionaire announced through the media about hidden across the city the money that anyone can pick up.