The militants of large calibre fell on the hospital in Popasna 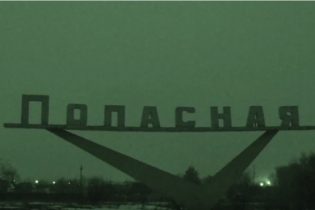 The militants of large calibre fell on the hospital in Popasna

In the night of Sunday, October 16, at about midnight militants fired Popasnaya. Attack from artillery caliber of 122 mm lasted about half an hour and caused numerous damages to the city.

“Under artillery fire hit Central district hospital. At that time there was no one of the patients. In the hospital has fallen 3 of the projectile. One hit the roof, the rest of the wall. Also damaged several residential neighborhoods. In two places the gas pipeline was killed, and at present about 100 homes remain without electricity”, – reported a press-the officer of sector of Lugansk Dmitry Gorbunov, reports “5 channel”.

According to available information, nobody was hurt. Fire in response, the Ukrainian side can not lead, as the fighters placed installation in residential neighborhoods of Pervomaisk, Kalynove and Kadievka.

Recently around Popasnaya record increase in the number of DRGs and the frequent attacks on the area.

Enemy reconnaissance probes a line of defense at Popasnaya

Pre-firing mortars or grenade launchers our trenches, the enemy is trying to come closer to Ukrainian fortifications. Through the Central artery Popasnaya very rarely people go, the road sweep, so the local risk once again not to go the so-called LC.