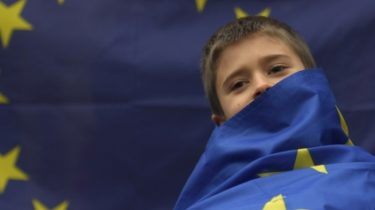 Pavlo Klimkin met with the first Vice-President of the European Commission.

The European Commission fully supports the early introduction of a visa-free regime with Ukraine.

This was stated by first Vice-President of the Commission Frans Timmermans during a meeting with the Minister of foreign Affairs of Ukraine Pavlo Klimkin in Brussels on 17 October, the press service of the foreign Ministry of Ukraine.

During the meeting, Klimkin and Timmermans discussed the main issues on the agenda of relations between Ukraine and the EU, including the prospect of visa liberalisation for citizens of Ukraine and complete the process of ratification of the Association Agreement.

See also: Klimkin explained the reasons for the postponement bezveza for Ukraine

We will remind, the approval of visa-free regime Ukraine-EU are not included in the agenda of the session of the European Parliament, to be held in Strasbourg from 24 to 27 October.

As reported, on September 26, the European Parliament’s Committee on civil liberties supported the granting Ukraine visa-free regime. Ukraine’s President prepares to go to the summitto discuss the final stage of implementation. Earlier, the Minister of foreign Affairs Pavlo Klimkin predicted that the summit will be officially announced the granting Ukraine visa-free regime with the EU.

Klimkin went on a diplomatic visit to Luxembourg and Brussels

The Minister of foreign Affairs of Ukraine Pavlo Klimkin went to Luxembourg and Brussels, where he will meet with his counterparts in the format “Ukraine + Friends of Ukraine in EU”. Also scheduled talks with several commissioners. What exactly will be the talk of diplomats is unknown. Rather, we will focus on the need to extend the sanctions against Russia, all Ukrainian citizens of visa-free regime and ratification of the Association Agreement.