The explosives on the Elevator cable and killed the guard. The first details of the murder “Motorola” 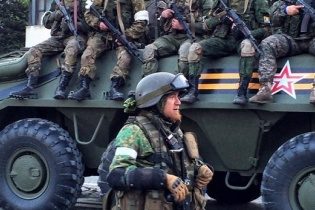 The explosives on the Elevator cable and killed the guard. The first details of the murder “Motorola”

Became known the first details of the murder of one of leaders of the terrorist “DNR” Arseniy Pavlov, known by the nickname “Motorola”.

According to the publication, along with the “Motorola” his bodyguard was killed.

And the head of the “National Council of DNR” Denis Pushilin said about one killed and several wounded, reports RIA Novosti.

See also: In the Internet appeared the video with the alleged “killers “Motorola”