Interpol within 30 days to decide whether to declare Onishchenko wanted 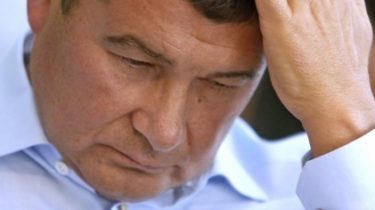 Interpol within 30 days to decide whether to declare Onishchenko wanted

The meeting, which considered this issue was held last week.

National anti-corruption Bureau was informed that the Interpol in the next 30 days will decide whether to declare the international wanted list of scandalous people’s Deputy Oleksandr Onishchenko.

This is stated in the message of NABOO.

“The decision to declare the international wanted list in the case of Alexander Onishchenko as MP takes the Commission for control over files Interpol. The meeting, which considered this issue was held last week. Therefore, the decision must be reported within 30 days,” it says.

According to representatives of the Bureau, the announcement Onishchenko in the international search should be a tool that will significantly speed up and put the extradition process in the active phase.

See also: extradition of MP-the fugitive Onishchenko, nothing prevents the Prosecutor’s office in the UK

The rating of the deputies of the inmates: how they lived a luxurious life, and who was driven Onishchenko, Kaskiv and Efremov

Once they lived in Grand style, was a collector of estates, gifts and stellar novels, and now they wanted. While the former head of the State Agency on investments Vladislav Kaskiv and the people’s Deputy Alexander Onishchenko accused of embezzlement of public funds and the former head of fraction of Party of regions Alexander Efremov in jail awaiting trial for incitement to separatism, social life decided to recall the luxurious habits and whims odious politicians before declaring them wanted. Watch an exclusive ranking of the controversial prisoners.