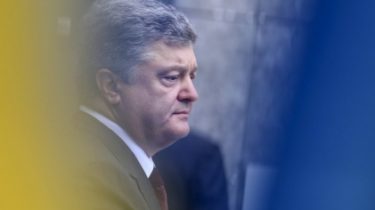 The Ukrainian President is Belgium going to Germany.

Meeting of President of Ukraine Petro Poroshenko with EU leaders in Brussels canceled.

This was announced by the European Council, wrote UNIAN.

As noted, the meeting was cancelled due to negotiations of heads of state in the Normandy format on October 19 in Berlin. The leaders of the “Norman format” will encourage Russia to perform a safe part of the Minsk agreements.

In turn, the Ukrainian President said that we should not exaggerate the expectations from the meeting of the leaders of the “Normandy format”.

We will remind, earlier it was planned that Poroshenko will take part in high-level consultations Ukraine – EUwhich will take place on 19 October in Brussels and will discuss with the leaders of the EU sanctions against Russia and visa-free regime.

Besides, 20 October, the Ukrainian President was to participate in the enlarged Summit of the European people’s party, which will take place in Maastricht.