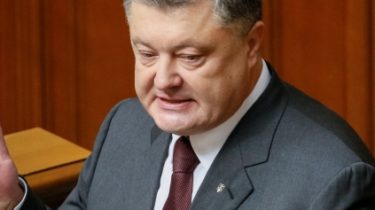 The relevant law is returned to Parliament with the signature of the President.

The President of Ukraine Petro Poroshenko has signed the law on amendments to the state Budget for 2016 and an additional allocation of UAH 7.1 bn to Finance security and defense, salaries of officials, and also to support the coal mines and investment projects of the regional development Fund.

This is evidenced by information on the website of the Verkhovna Rada.

The law is returned to Parliament with the signature of the President.

“On October 18, was signed by the President”, – was stated on the website of the Parliament.