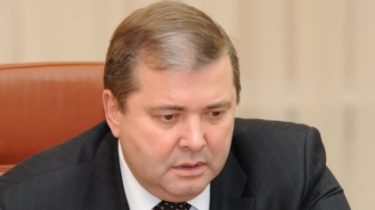 The attackers made safe with currency, as well as awards and Souvenirs.

In Kiev at the hem cleaned apartment of the former Minister of labour and social policy of Ukraine Vasyl Nadraga.

This is with reference to own sources writes “Obozrevatel”.

As noted, the incident occurred on October 16, but information about the robbery has appeared only now.

According to sources, unknown persons broke into an apartment on the street of Voloshskaya, opening the door with the master key.

It is also reported that thieves have taken the safe, which was about two thousand dollars, Souvenirs, awards and documents.

Separately, the informant said that probably the thieves acted on a tip and watched the apartment of the ex-Minister, which some days was not at home.

We will remind, Vasily Nadraga, he headed the Ministry of labour and social policy of Ukraine in March – December 2010, after which until August 2012 was the first Deputy Minister of social policy. Now a member of the political Council of the people’s party of Vladimir Litvin.

As previously reported, in August in the center of Kiev robbed the apartment of the ex-defense Minister Alexander Kuzmuk. The attackers came from the premises of the former Minister of outerwear.