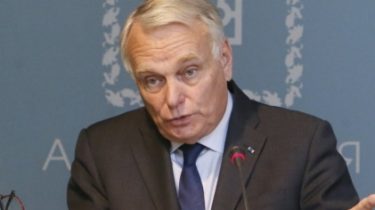 Jean-Marc Ayrault told about the expectations of France meeting in Berlin.

The purpose of the meeting “channel four” in Berlin to seek Ukraine progress with the special status of Donbass.

This was stated by Minister of foreign Affairs of France Jean-Marc Ayrault, reports Radio Liberty.

The French foreign Minister noted that “the Norman four” will require from Kiev “detailed obligations regarding the “status of Donbass” and of the calendar of elections in the occupied part of the region.

Also, according to Eero, and from Ukraine and from Russia will make progress in the breeding of forces, and “to attest to the sincerity” in this issue.

Read also: Merkel hopes for a miracle during the meeting “Norman Quartet”