NACP has decided not to change the form of electronic Declaration 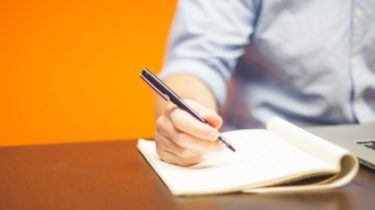 NACP has decided not to change the form of electronic Declaration

During a meeting of the Agency’s representatives insisted that “the change of shape will actually negate the very idea of declaring”.

The national Agency for prevention of corruption decided not to change the form of electronic Declaration.

This decision was taken at a meeting of NACP with a number of people’s deputies and public activists, UNIAN reports.

The deputies insisted not to return to the question of changing the form of the Declaration until completion of the current campaign Declaration, because, in their opinion, the change of shape will actually negate the very idea of declaring and NACP will not be a tool to bring corrupt officials to justice.

However, members acknowledged that the interface of the electronic Declaration has certain drawbacks, but to eliminate them is not necessary to change legal documents, but only to make changes in the software.

The Agency instructed the state enterprise “Ukrainian special systems” until October 25, to develop their proposals for changes in the interface of the system of electronic Declaration.

NACP has also decided to assign the state-owned company administrator of system of electronic Declaration.

See also: How to jump with a parachute. Groisman spoke about the filling of e-returns

We will remind, yesterday, on October 19, the national Agency for prevention of corruption decided to amend the forms of electronic declarations on incomes of officials. October 19 at NAPC held a joint meeting with participation of deputies of the Verkhovna Rada, representatives of the GPU, the NAB, interior Ministry, Ministry of justice, State service of special communication and information protection. At the meeting, the participants made claims regarding some of the fields Declaration and decided to make adjustments to its shape.