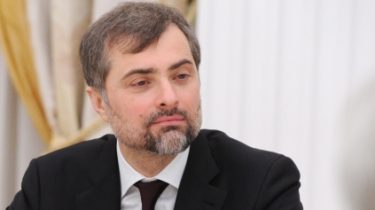 Member of the European Parliament Rebecca harms has asked high representative of the Union for foreign Affairs and security policy Federica Mogherini to explain why the Russian presidential aide Vladislav Surkov attended the meeting in Berlin, although he included in the sanctions lists of the EU and it is forbidden to enter EU countries.

“Dear Federica Mogherini. Could you comment on the presence of Mr. Surkov in Berlin and announced (visit) Matvienko in Switzerland? Sanctions mean?”, said harms.

We will remind, the Russian presidential aide Vladislav Surkov arrived at the meeting “Norman Quartet” in Berlin, despite the ban on entering the EU.

This is not the first time Putin adviser violated the prohibition. In may 2016 Surkov, together with his entourage of Russian priests and government officials made a pilgrimage to mount Athos in Greece – this country is an EU member.

As you know, Surkov is also featured in the SBU about the establishment and activities of the terrorist organization “DNR”. It is the Putin aide Vladislav Surkov called the “Kremlin’s curator of the” Russian aggression in Ukraine.