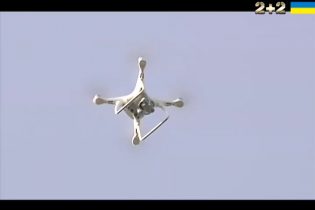 To adjust the fire fighters was not possible.

On the sea of Azov in the frontline villages, there is a few locals, which the military I without the need to leave the shelters. One of them, uncle Basil, with tears in her eyes confesses to withstand attacks very scary, according to a story TSN.19:30.

The shells are falling directly into the backyard, knock glass, break like matchsticks, trees, and destroying the walls of buildings. A press-the officer of sector of “Mariupol”, Alexander Kindsfater reports that before the last negotiations, “Norman Quartet” the enemy showed record activity in the South of the Donetsk region – 44 attacks per day, and 41 of them were from heavy mortars and artillery.

The whole village Water that near Mariupol, only a little more than a dozen residents. People used to live in constant tension and anticipation of enemy attacks. Unrest in Luhansk region. Sighting the militants shelled Ukrainian positions in the Village of Lugansk. The shells fell in a civilian building. A local resident was wounded.

Uncle Basil does not hesitate to call the Russian occupation by the Nazis. “You can tell it in Russia: they are worse than the Nazis,” he says. Explains that remains in his hut on principle – not to feel that some scum caused him to leave home. “I’m Ukrainian! When they kill me, they will know what killed the Ukrainian”, – adds the man.

Could this happen just last night when Water attacked the enemy saboteurs. The Marines imposed a battle that lasted four hours. The enemy was forced to retreat. Simultaneously, marksmanship distinguished Ukrainian scouts. They shot down two enemy UAVs which helped to direct the Russian artillery positions APU. The drones fly low to ensure high accuracy – became the prey armed with small arms for the military. Then the heavy guns fell silent.