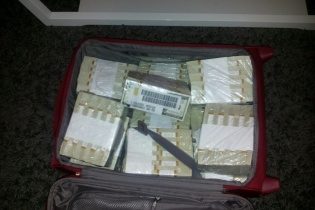 It is noted that only during one purchasing BONDS suffered losses of 23.8 million UAH.

The Prosecutor General’s office, the security Service of Ukraine and Prosecutor’s office carries out joint large-scale operation in the framework of cases of corruption in Ukrzaliznytsya.

About this on his page in Facebook said the Prosecutor General of Ukraine Yuriy Lutsenko.

“The GPU, SBU and the NHRI conducted a joint operation (both 20 searches) on documenting crimes related to the supply of Ukrzaliznytsia cable and wire products of poor quality at inflated prices. Only during one purchasing BONDS suffered losses of 23.8 million UAH”, – stated in the message.

Lutsenko noted that now the ongoing searches for businesses and places of residence of persons involved in organized crime groups, and in units of the bond which it, in violation of the technical regulations have taken.