The poles are surprised by the appointment of their former Minister, head of Ukravtodor 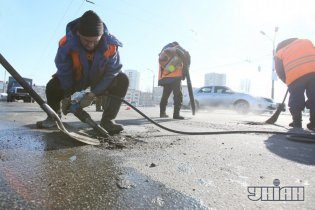 The poles are surprised by the appointment of their former Minister, head of Ukravtodor

The politician is the country’s controversial reputation.

Experts and politicians in Poland was surprised by the appointment of Slawomir Nowak , head of the State Agency of automobile roads of Ukraine. Many poles his name associated with the scandal, according to a story TSN.19:30.

The appearance of the hand of the official, expensive watches, which were not specified in the Declaration cost him positions in the government and his membership in the party “Civic platform”. For violation of the former official court imposed a fine.

In Ukraine, Novak plans to carry out large-scale reform. In particular, to implement European standards in the construction and maintenance of roads, to allow for their repair of private investors, improve the system of tenders and strictly control the quality of work. For a start, the pole wants to conduct an audit of all roads and to learn the Ukrainian language.

In the Homeland of Mr. Novak’s reputation is far from clear. There recall a high-profile corruption scandals of the former responsible for the Polish part of the preparation of Euro 2012.