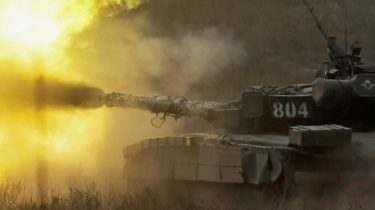 A man had to serve at the front a few days before the communication with them was lost.

Two years and two months after the brutal fighting at Stepanovka no news about the Sergeant of the 30th mechanized brigade of Yaroslav Antonyuk. First, it brought in a list of prisoners of war, then enlisted in the missing, but the family still believe that their husband and father is alive, according to a story TSN.19:30.

In my first days at the front Jaroslav thrice a day called home, but suddenly stopped. According to official information, during the battle his tank was hit by a shell. Unofficial version confirms that the captain of the crew decided to go to RAM a Russian tank. Witnesses to what had really happened, no.

Neither alive nor dead: more than two years no news of the fate of Sergeant Yaroslav Antonyuk

Two years and two months after the brutal fighting at Stepanovka in 2014, there has been no news about the Sergeant of the 30th mechanized brigade of Yaroslav Antonyuk. At first he was listed among the prisoners, and now for the missing. To comment on anything in Antoniuk’s defense Ministry and security service refused to do no harm to search fighter.

Search among the prisoners to no avail. On contact with a different crew commander Artyom Abramovich and Sergeant Antoniuk left only scammers. “At first I said, 5 thousand. I thought dollars, what is 5 thousand hryvnias? Something you cheap for my husband… It’s like gasoline, we will bring him. Tales told incredible. A lot called you from jail, because I’ll call I recorded and addressed in SBU. There was a shot and told me where the tower stands,” – said Nina Antonyuk.

Parallel to the relatives of the tankers passed DNA for comparison with the remains of the phone to Find and bury have been one of the crew members Peter Burbuja and commander Abramovich. However, Antoniuk among the dead was found. “The hatches were closed. I think maybe he’s a mechanic, he’s a bottom hatch could” is still hoping the wife of a soldier. But the state was able to state only that her husband was missing. What and issued an appropriate certificate. However, the defense Ministry and the SBU to assure that the search Antoniuk continues.