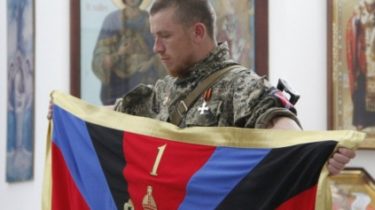 On the eve of the death of the gunman, his house was off the detail.

This is stated in the investigation, the Ukrainian hacktivist hacking groups “Cyberhunt”, FalconsFlame, RUH8 and Trinity, which has at its disposal InformNapalm.

According to the data obtained from the gadgets “Motorola” and his wife Elena Pavlova (Kolenkin), on the eve of the explosion that killed the gunman, in the house where they lived was off the detail.

In response, the gunman ordered her not to leave the house. “Older brothers don’t believe,” he added.

As noted by the hacktivists “older brothers” among the militants called the Russian special services and FSB.

Moreover, in the investigation said that “Motorola” feared for his life, perhaps suspecting danger, he last week we spent the night in the office.