The budget of the poor and the rich. MPs has significantly increased his salary and gave minuscule teachers and doctors 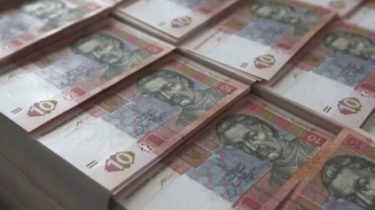 The budget of the poor and the rich. MPs has significantly increased his salary and gave minuscule teachers and doctors

Groysman promised to block the increase of salaries of MPs.

This week the Verkhovna Rada adopted in first reading the draft law “On state budget of Ukraine for 2017”. Looking for money on the war and salaries. To whom and how much scraped together, says the plot of TSN.Week.

Raising the cost yourself twice and tying it to increasing the minimum wage, the deputies decided to raise the costs to other state employees. Yet not like yourself.

In the budget for next year do a lot of interesting. In the total amount of expenses 775 billion hryvnia – the cost of the law enforcement agencies will be nearly 121 billion. However, only half of this money will be given to the army. The rest – the financing of police, prosecutors, and security Service.

Even more interesting: the cost of maintenance of the judges in the new budget will increase by 3 billion UAH. The explanation for this – it is necessary to pay judges a competitive salary. 120 thousand UAH, as he wants power, needs to obtain a judge of the new Supreme court.

To ensure the new spending, the Cabinet is scheduled to receive as many as 10 and a half billion hryvnias from the special confiscation of property of corrupt officials. The trouble is that the law itself, which promotes “people’s front”, is still not adopted. And as can be seen from the fact that don’t vote the coalition partners of “BPP”, take it will be very difficult.

Another source of filling the budget will be another increase in excise taxes on tobacco and alcohol. Cigarette in the next year will rise on average by UAH 4. Vodka – 10-15 UAH.

The latest news – for those who receive subsidies. In the budget for next year money is allocated almost twice less than 50 billion UAH instead of the required 80 billion UAH. It is therefore possible that the number of those who receive a subsidy will decline. As the amounts they receive.

Today about parliamentary salaries expressed by the Prime Minister Vladimir Groysman. The Cabinet rejects a proposal by MPs about increasing his salary almost twice.

The new salaries of MPs and civil servants: details of the draft budget for 2017

36 thousand hryvnia – that is how much of November will be the MP salary. And from 1 January it is expected to grow to 40 thousand. Raising the fee itself exactly twice, and tying it to increasing the minimum wage, the deputies decided to raise the costs to other state employees. However, not as yourself. In the draft budget for 2017, which Parliament adopted this week, envisages increasing payments to teachers and doctors by 20-30 percent.