Cases concerning the Maidan, may be submitted to the Hague court. 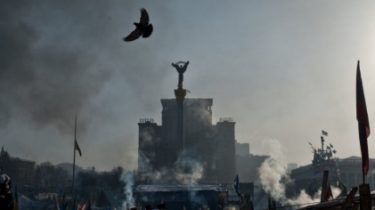 Cases concerning the Maidan, may be submitted to the Hague court.

The delegation of the International criminal court will come to Ukraine.

Criminal cases concerning crimes against activists of the Euromaidan can be transferred to the international criminal court in the Hague.

This was stated by Prosecutor General of Ukraine Yuriy Lutsenko.

“I do not exclude that these cases can be in agreement with the attorneys of the Heavenly hundred Heroes referred to the international criminal court” – leads the “New time” quote from the head of the GPU.

Read also: Maidan Protesters were killed by lead bullets – the recognition of the former “berkutovets”

He added that in the coming weeks in Ukraine there will arrive delegation of the ICC.

Also Lutsenko added that all cases concerning the Maidan are now in the Department of special investigations of the Prosecutor General who directs Sergei Gorbatyuk.

Recall that the GPU has established the identity of the person, which contributed to the flight of most of the “Berkut” after the revolution of dignity and concealing weapons of the disbanded special forces “Berkut”.

The organizer of the escape, “berkutovets” it is reported about suspicion.