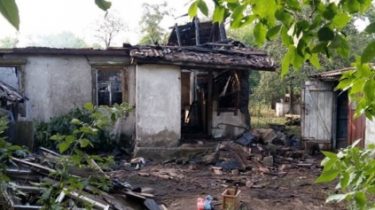 Residents complain that the government distanced themselves from them, but still believe in peace and return to normal life.

In the settlements, caught between the temporarily occupied territory and the Ukrainian military, is in the household decline. People leave the gray area between the positions of the enemies, and repairing damaged war not taken none of the parties to the conflict, says the story TSN.19:30.

In Varnetresk disappeared even a bus route. Not on camera locals say that this happened after the only bus someone had painted Patriotic slogans – the heads of the transport company didn’t like it.

Life in the grey zone: how come in the decline of the village in the buffer areas

Villages in the grey area are in decline – in the settlements, caught between the temporarily occupied territory and the Ukrainian military, life really stops. There do not ride buses. In the village Verhnetoretskom now the only hope for bridge repair – while this is only two piles of sand.

People, though they remained slightly, plead Ukraine. At the local store refuse to sell the goods in Russian rubles, though the currency freely circulates within a few hundred meters to the occupied territories. “We have a Ukrainian shop. We have products from Ukraine we live in Ukraine. Yet, because we do not consider Ukraine – say, a grey area. Product hard to bring in guys somehow agree,” recognized sellers.

Local recognize that their life can change any day. Because of the night shelling often there are fires to put out that anyone. In the morning the people to the fires tied the four-legged guards protect at least those that remained. For the future, in which, despite everything, I believe.