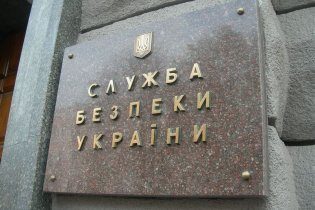 SBU the security Service of Ukraine

The man took investigators almost from the ramp in “Borispol”.

The lawyer of the Deputy of the fugitive Oleksandr Onishchenko was detained at the airport “Borispol” after his return home. Andrey Tsygankov left Ukraine almost immediately after the flight of the defendant and search of his office by employees of the NABU, according to a story TSN.16:45.

Tsygankov met about a dozen employees of the SBU in two buses and immediately took to talk to the detention facility. The interrogation lasted for six. Colleagues of the lawyer say that the status of the lawyer is unknown, and took him to the SBU forcibly. However, the press service of the Ministry deny this and insist that Tsygankov agreed to questioning voluntarily. Meanwhile, a number of media reported unofficial information that the man suspected in espionage in favor of Russia.

As reported by colleague lawyer Natalia FPGA, Tsygankov was detained without explanation. He was asked to go with police on Askold lane. The woman believes that detention is connected with the professional activities of a lawyer.

The SBU detained the lawyer of fugitive Onishchenko

Andrey Tsygankov left Ukraine almost immediately after the escape of his client and after a search of his office staff NABOO. Tsygankov met today with a dozen employees of the SBU and immediately took to talk to the detention facility. The questioning continues for the sixth hour.