The third apartment and the fee from the publisher. Savchenko has published a Declaration of income 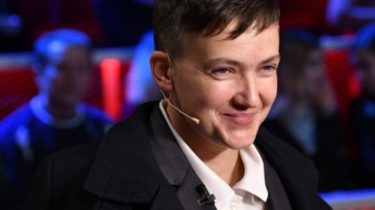 The third apartment and the fee from the publisher. Savchenko has published a Declaration of income

The MP has received 200 thousand as a prize.

MP from the faction “Batkivshchyna” Hope Savchenko has published his income Declaration. This is evidenced by data from the Unified state register of declarations.

According to the document, the politician with her sister and mother owns an apartment of 72 square in Kiev. The property was purchased in 2006. For Savchenko’s mother recorded the house and land in Zhytomyr.

See also: a week before the deadline electronic Declaration filed more than 30 MPs

Family policy holds securities of JSC “Univermag “Ukraina” on the total value of all 172 hryvnia.

In the section intangible assets Savchenko noted the income from the copyright of the publication “impact of Hope” in the amount of 30 thousand hryvnias. In the column “Fees and other payments in accordance with civil transactions,” the people’s darling indicated an income of 201 818 thousand hryvnias from the publishing house “Justinian”, which releases in periodicals and professional literature for lawyers.

Another 205 thousand hryvnias Savchenko received a prize from the Ukrainian Catholic University.

We will remind, earlier the President of Ukraine Petro Poroshenko promised to complete the electronic income tax return before the end of the week. The form of the Declaration, the President called imperfect.