Parubiy assured that the salaries of MPs will not increase 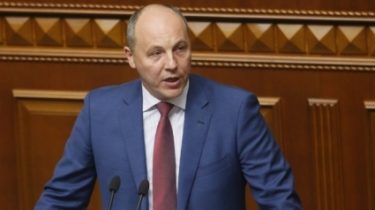 Parubiy assured that the salaries of MPs will not increase

The first of November the Parliament will adopt the resolution which cancels the increase in the salaries of the deputies.

Speaker of the Verkhovna Rada Andriy Parubiy assured that the salaries of MPs will not increase.

He said this in the course of the reform Council, reports “Ukrainian truth”.

“I deliberately did not sign the decree about increase of salaries for MPs”, he said.

According to him, the first of November, the Parliament plans to adopt a resolution which cancels the increase in the salaries of MPs.

“On Tuesday we will arrange the change of orders”, – he said.

See also: the Budget of the poor and the rich. MPs has significantly increased his salary and gave minuscule teachers and doctors

Recall that the increase in parliamentary salaries will cost the Ukrainian budget in a quarter of a billion. Not all MPs could accept responsibility for voting for the resolution on twofold increase of their wages. Many of the deputies explained that in General voted for the draft budget for the next year and didn’t really get a grasp of the documents.

Prime Minister of Ukraine noted that the decision to increase fees had to negotiate with the government, because it involves amendments to the state budget. Last Friday, the Parliament adopted the first reading of the budget by 2017 without changes to parliamentary salaries. Now the document is under revision in the Cabinet.