Strange Russian wedding in the style of airborne and live with a kitty-warrior. Trends Network 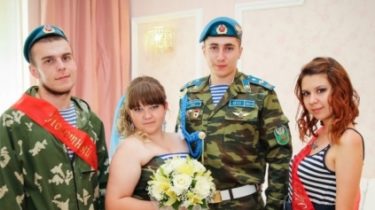 Strange Russian wedding in the style of airborne and live with a kitty-warrior. Trends Network

Today, 25 October, Internet users went crazy with the recipes of the naked chef with a beefy torso Franco Noriega and listened as President Barack Obama reads to himself vicious messages on Twitter.

Of fuss about the strange wedding of the Russian couple in the style of airborne. Also I watched the new film from BMW with Clive Owen in the lead role, and shared the video with the cat that sleeps on the military during the shooting.