A business can not “breed” in captivity. 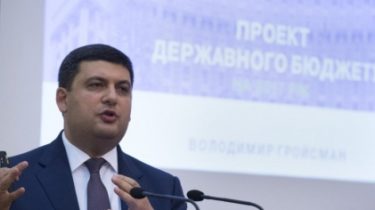 A business can not “breed” in captivity.

The Prime Minister believes it appropriate to accelerate the process of deregulation in the country.

Business “in captivity” and under pressure from regulatory agencies to produce the national product and to develop, so the country needs to implement these changes that will allow the business to feel independent.

He is convinced that it is important enough to make a quick decision to change tax administration to implement them and continue to monitor the situation. “We need to change in order for business to feel independent. Then it will evolve, then he will “multiply”. In bondage no man can do many wonderful things,” – said Groisman.

He thought the government had created a number of tools Office to attract and support investment and the national Committee for industrial development, contributing to improving the business climate in the country.

The Prime Minister also considers expedient to accelerate the process of deregulation in the country.

Read also: Poroshenko believes that the e-office payer changes the face of the state

We will remind that the government intends to start a large-scale customs reform in Ukraine on 1 January 2017.

“We are soon going to make proposals at the National Council of reforms relating to the approval of the strategy for the reform of the Ukrainian customs. We would like to scale this process began with the 1 January 2017”, – said the Prime Minister.