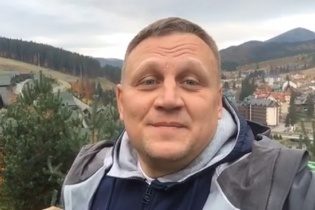 The channel has already removed the news from its website.

ICTV has accused the people’s Deputy from “Dill” by Alexander Shevchenko that he took part in the forum in Rivne, which allegedly provided support for the creation in Parliament of Deputy group on relations with Russia.

Later, the channel was removed this news from its website.

Alexander Shevchenko in response to this story said that he is now in Bukovel and in any Pro-Russian forum did not participate. In addition, according to him, he never in his life was not Exactly. The MP called on ICTV distribute fakes, but verify the information.