In Kiev will be a monument to Petliura 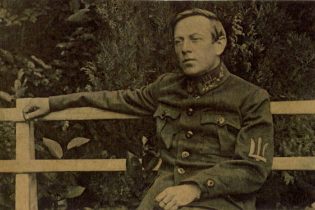 In Kiev will be a monument to Petliura

Will also be erected a monument of unity of Ukraine.

The Cabinet of Ministers supported the resolution, which provides for the construction of the monument of reunion of Ukraine and of the monument to Simon Petliura in Kiev during the years 2017-2021.

The decision was taken at a meeting, reports “Ukrainian truth”.

“The project envisaged for the years 2017-2021 events related to the events of Ukrainian revolution 1917 – 1921 years. In particular the construction of the monument of unity of Ukraine in Kiev, the installation of memorial monuments in the regions and Kyiv, as well as the establishment of a monument to Simon Petliura in Kiev”, – said the Minister of culture Yevhen Nyshchuk.

See also: In occupied Crimea began to raise money for a monument to Putin

Recall recently in Kiev, the white Mercedes broke the monument to the hero of the Heavenly hundreds of Mikhail Zhiznevsky. The accident occurred on the street Grushevskogo near the stadium “Dynamo”. According to preliminary data, the driver of the car lost control and flew into the monument.