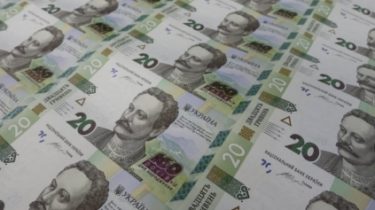 Cabinet to assure that no real increase of incomes, this issue was not raised.

With the New Year the minimum wage in Ukraine may increase twice and will amount to 3 200 hryvnia. This was announced by Volodymyr Groysman. The money, according to him, is now up to Parliament. The head of the government boasted that for the first time in 25 years in Ukraine, the minimum wage will catch up with the cost of living. To increase should the pension, but only 10 percent, says the story TSN.16:45.

News from the streets of the capital Hrushevskoho after a few minutes actively discussed in all corners of the country. The work of Ukrainians believe officials underestimated. The people rejoice in the increase. Because, admit it, have not lacked anything.

According to the state statistics service, almost 40% of Ukrainians working on the minimal. The smaller part, officials believe, and truly live for one and a half thousand. But a considerable part receives the salary “in envelopes”. So, thought, if the minimal raise, the state will receive more money.

But experts are not so categorical. They say that the increase has many pitfalls. Assume that the government initiatives will be the IMF. Because wages will have to raise almost half of employed Ukrainians. And money it may not be enough.

“Even with the current level of salaries in the budget, there is a problem” – says the expert Marian zablocki.

In addition, experts believe that wage growth will increase the tax burden. Because now with each paycheck necessary to pay a 41.5% tax:

She will be 3 thousand 200 hryvnias. This was announced by Volodymyr Groysman. The money is there, it is up to Parliament. The Prime Minister boasted that for the first time in 25 years in Ukraine, the minimum wage will catch up with the cost of living. Going to increase and pensions – although only ten percent.

Increased costs of the company will be able to close cuts workers or go away completely in shadow. There is another option, when the costs will lay in the cost of goods or services, and the Ukrainians will have to pay for everything anymore.

In the Cabinet argue that inflation will not be.

“Never would we have not made decisions about costs, if it was not real income”, – says first Deputy Prime Minister Stepan Kubiv.

Billions of the necessary money saved during the struggle with corruption, says Minister of economy. Moreover, the increased minimum wage will not deprive Ukrainians of subsidies this winter. After all subsidies were given at last year’s income. 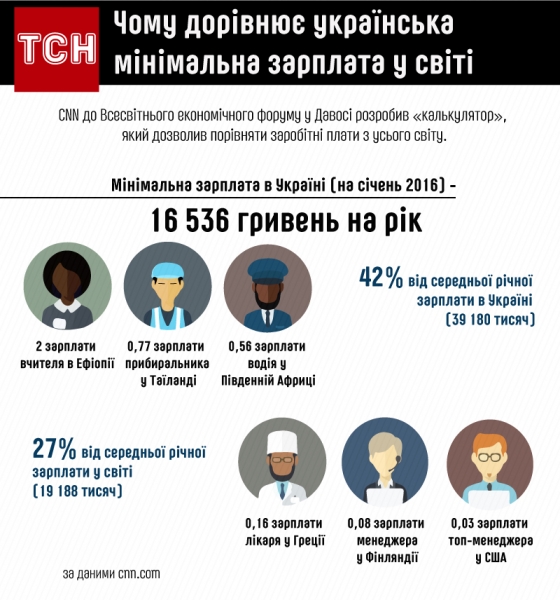 “The people who receive subsidies, and Vice versa for positive moment – they will have additional funds, but next year, the heating season in 2017-2018, of course, for these people will be a correction,” – said Pavel Rozenko.

For some, the subsidy will decrease and other will lose all. Not all prospective owners of the new salary this news pleased. Like, doubling the life time is not enough.

However, the final word whether to be a new minimum salary, I have to say, the Verkhovna Rada. After all, now lies in the Parliament a budget with a much more modest wage growth.