Became known, when the contact group on resolving the situation in Donbas in Minsk 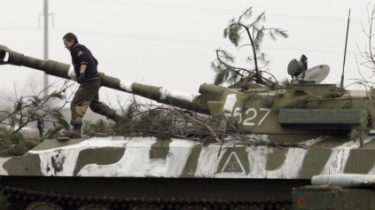 Became known, when the contact group on resolving the situation in Donbas in Minsk

Today’s meeting of the Trilateral contact group in Minsk has ended.

The next meeting of the Trilateral contact group in Minsk scheduled for 9 November, reported “Interfax” a source familiar with the situation.

“The next meeting has been set for 9 November,” – said the source. According to him, the meeting is expected to precede the negotiations of all four thematic subgroups.

The source said that today’s meeting of the Trilateral contact group in Minsk has ended.

“Unfortunately, to reach consensus on the main issues of the procedure failed. New areas of security on the line of collision has not yet been agreed. The exact timing of the withdrawal of forces in the Village of Lugansk is also not determined.

The participants already partially left the “President hotel”, which hosted the meeting,” – said the source.

See also: “Formula Steinmeier:” Russia proposes to conclude consultations on the law on the status of “LNR” and “DNR”

Recall that the Plenipotentiary of Russia in the Trilateral contact group on Ukraine, Boris Gryzlov ahead of schedule left the talks in Minsk.

Gryzlov silently walked past the journalists to leave.