The city Council canceled a vote for the unknown “knopkodavy” 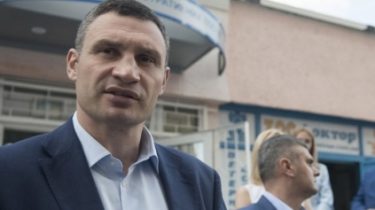 The city Council canceled a vote for the unknown “knopkodavy”

Klitschko announced that agenda because such action was not approved.

Kyiv city Council canceled today’s voting of the draft agenda because of the revealed fact of not personal vote one of the deputies. This decision, after the break announced by the mayor of the capital Vitali Klitschko.

Note that after studying the video footage found that the Deputy voted an outsider. Deputy housing 98 votes out of 103 canceled all of the previous vote and decided to make a new vote without discussion.

Klitschko instructed the Secretary of city Council Vladimir Prokopiv to conduct an internal investigation and find out who was this person and how they got into the room, there were card members for a vote. Klitschko also instructed to take measures so that this situation does not recur, reports UNIAN.

“From this day will act corresponding to my order that in a sessional hall is exclusively permitted for MPs, Secretariat employees, technicians and employees of the KSCA. You saw that today we happened on the sidelines. Unfortunately, it does not add credibility, adds no respect for us. Lobby to ensure that MPs were preparing for the session, studied the materials, communicated with the press and made comments. And there comes the mess… People come to disrupt the meeting, shouting,” – said Klitschko.

About who was this stranger, promised to report at the next plenary meeting. As at 19 hours, the deputies adopted the agenda and proceeded to the vote first.

Association “Self-help-Kiev” posted a video with illegal voting in the social network. Claiming to have detected a person voted in the sector of the faction “Unity”. Declare that the agenda was adopted with 61 out of 120 votes, this means that the voice of Nataputta was decisive. Already cancelled the agenda was the allocation of 448 mln. for repayment of debts of PJSC “Kyivenergo” and PJSC “Kyivvodokanal”, “Self” calls “unfair to the citizens who have paid for utilities”.

At the same time, the “Batkivshchyna” faction in the Kyiv city Council declares that in voting for approval of the agenda was attended by the assistant to one of deputies of the city Council of the faction “Unity”.