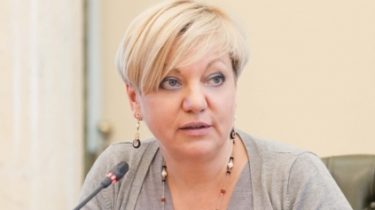 A new measurement of the discount rate will be valid from 28 Oct.

National Bank notes improvement in Ukraine’s economy, so I decided on the 1% decrease in discount rate from 15% to 14%. It will happen tomorrow, October 28.

This was reported today the Chairman of the NBU Valery Gontareva.

See also: the NBU transferred to the state budget 10 billion net profit for the year 2016 — Gontareva

“In the absence of significant unforeseen events, the goal of inflation at the end of current year (12% plus/minus 3%) will with high probability is achieved. In 2017, the dynamics of inflation in annual terms will be uneven. During I-III quarters, the rate may exceed 12%, considering the statistical effects of the comparison base and the significant contribution of administratively regulated prices and tariffs. However, after the exhaustion of these effects, in the fourth quarter is projected to decline in annual inflation to the target level. At the same time, core inflation in the forecast horizon will be relatively stable at 5-6%”, – said Gontareva.

The head of the NBU said that “the achievement of the inflation target in 2017 and 2018 (8% plus/minus 2% and 6% plus/minus 2% respectively) is very real and will be backed up by relevant monetary policy of the National Bank”.

Also, the regulator left unchanged the forecast for GDP growth in Ukraine in 2016 – at 1.1%.

“In the medium term are expected to be more moderate growth than previously forecastin 2017 – 2.5% in 2018 3.5%. Mainly a reduction in the projected rate of GDP growth in these years due to a revision of assumptions regarding external conditions for Ukrainian exporters”, – said Gontareva.

The head of the national Bank promises to further reducing inflation in Ukraine. However, he described the conditions under which this happens.

“In the medium term, the key factor in the reduction of inflation to target and the economic recovery remains the continuation of reforms in the framework of the joint programme with the IMF. In case of realization of the specified base macroeconomic scenario and, accordingly, to reduce further the risks to price stability, the national Bank will further ease monetary policy. This will help reduce the cost of credit and support economic growth”, – said Gontareva.

The national Bank hopes that “the main driver of economic growth will be a significant increase in investment activity. Reducing the risks of escalation of the military conflict, more and more stimulates economic agents to investment and long-term consumer decisions. However, it will stimulate a corresponding increase in investment imports, particularly of machinery and equipment, and mainly for this reason, net exports will have a negative contribution to GDP. This recovery in investment demand will have a positive impact on increasing the export potential for the future.”

However, due to the inactive entry of foreign investments in Ukraine, the NBU notes that will increase the current account deficit – up to $ 2.5 billion in 2016, $ 2.9 billion in 2017 and $ 2.8 billion in 2018. Consolidated balance of payments in the current year and in the years 2017-2018 will remain in surplus due to net capital flows in the financial account, in particular direct investment.

NBU reduced the discount rate to 14% from tsnua