Armed provocations in the direction of Lugansk the shelling in Mariupol. Digest ATO 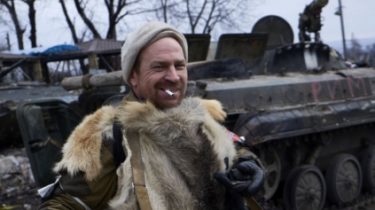 Armed provocations in the direction of Lugansk the shelling in Mariupol. Digest ATO

In Donetsk direction the invaders 5 times broke the silence mode.

During the day in the area of the antiterrorist operation on the part of rosasco-the occupation forces recorded 21 cases of opening fire on positions of Armed forces of Ukraine.

On the Mariupol direction was held on 12 attacks. In areas Pavlopolya and Water the enemy was firing from grenade launchers, machine guns, small arms, and near Marinka, Krasnogorovka, Malacky, Taramchuk, Nice and Shirokino – mortars 82mm and 120mm caliber.

In Donetsk direction the invaders 5 times broke the silence mode. To the side of the defenders of the Town had used heavy machine guns of large caliber, rocket-propelled grenades of various systems and mortars of 82mm caliber.

On the Lugansk direction were 4 armed provocations. Near Novoaleksandrovka, Crimean, and Novozvanovka against the Ukrainian units, the militants used rocket launchers, machine guns, small arms, and in the Trinity – fire BMP.

We will remind, earlier it was reported that the militants attacked the positions of the battalion “Aydar” in Marinka near Donetsk. Due to the attacks there have been appliances and home accessories.