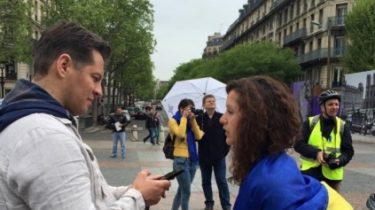 He does not complain about conditions of detention in jail.

Arrested in Russia the correspondent of “UKRINFORM” Roman Sushchenko is intended to appeal to the European court of human rights (ECHR).

This was reported to journalists by his lawyer mark Feigin, reports “RIA Novosti”.

The decision to arrest Sushchenko intends to appeal to the court of cassation and the ECHR. “We complain of violations of a procedural nature, committed during his detention, to the deprivation of the right to consular support,” the lawyer explained.

“In fact, from the point of view of protection, there is insufficient evidence of his guilt. He is not a professional spy, not a military intelligence officer,” — said Feigin.

The lawyer said that Sushchenko feels good medical evidence, which would allow to worry that the measure will affect his state of health, no.

He added that as he could have established life Sushchenko in jail and gave him warm clothes.

“He does not consider it necessary to complain about the conditions of detention, they like everyone in prison,” – said Feigin.

City court of Moscow today will consider the complaint to arrest of Ukrainian journalist Sushchenko. On the eve of the Ukrainian lawyer mark Feigin expressed hope that Sushchenko did bring to the meeting. Ukrainskajaruda detained in Moscow in late September, he is accused of espionage and has already filed formal charges.