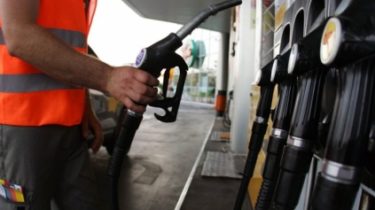 In particular, the fines accrued to seven companies.

The Antimonopoly Committee of Ukraine has decided to fine a number of operators for a total amount of 204,3 million for concerted actions on the market.

About it it is spoken in AMKU message.

This decision was taken after considering the case on violation of legislation on protection of economic competition in the form of anticompetitive concerted actions of the companies during January 2013 – January 2016 set retail prices for light oil.

During the investigation it was established that during this period defendants simultaneously or almost simultaneously (with an interval of several days) change retail selling prices of gasoline A-95 and diesel fuel through the guidance of these prices on the Bulletin Board at the stationary filling stations.

Such actions led to the elimination of price competition between traders and encouraged other market participants to set their own retail prices to unreasonable level and, as a consequence, this led to reduced competition in the market as a whole.

See also: the Cost of gas for the car at the gas station crept up again. Average prices for October 28

We will remind, yesterday it became known that the Antimonopoly Committee of Ukraine intends in the evening of 27 November or morning of 28 October to make a decision on arrangement of a number of operators in respect of similar action on the establishment of fuel prices.

The Antimonopoly Committee has initiated proceedings on signs of the Commission of gas stations anticompetitive concerted actions. In particular, we are talking about collusion between the market operators that operate gas stations under the brand “avias”, “plus avias”, “Ukrnafta”, “ANP”, “Maveks”, “Sentosa Oil”, “Yukon”, “Yukon service”, “Rubix” and “ZNP”.

In February the Antimonopoly Committee has initiated proceedings on signs of the Commission by the operators of the market of gasoline sales of anticompetitive concerted actions. The rapid decline in oil prices in 2015 and in early 2016 in the global markets caused a reduction in the cost of gasoline and diesel fuel in European markets.