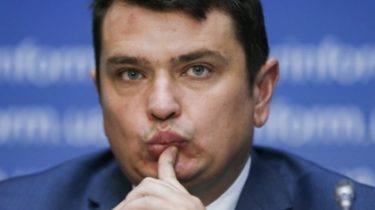 Sytnik wife held more than half a million in cash.

The Director of the National anticorruption Bureau of Ukraine Sytnyk for the year 2015 declared almost a million hryvnias of a salary.

The relevant document is published on the website of NACP.

At the same time his wife Anna Sytnik declared salary “zakarpatyeoblenergo” in the amount 45,351 thousand UAH.

Except this woman has a land area of 416 sq. m. acquired in 2013 for 94.3 thousand UAH. which according to postcode is located in Russia-annexed Crimean Sevastopol.

In turn, the owner of the apartment with an area of 82.6 square meters in Brovary, acquired in 2010, is Sytnyk.

Also, in the Declaration, specify the Hyundai Elantra, 2012 release, which belongs to Sergey Sytnik.

Earlier, his Declaration published by Lviv mayor Andriy Sadovyi. According to the document, he does not own any housing, no car.