No apartment, no car: Garden announced its Declaration 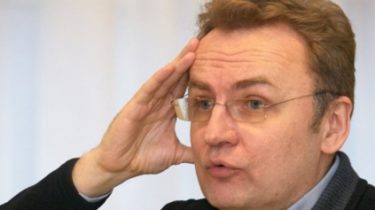 No apartment, no car: Garden announced its Declaration

The mayor of Lviv declared salary, a sign of “Samopomich” and the cost of English courses.

The corresponding document was published on the NAPC website.

Lviv mayor indicated that it has the right to sign of “Samopomich”, purchased in 2006.

At the same time with the whole family property owned by the wife of the Garden. In particular, on Catherine Cote-Garden recorded a land area of 702 m2, house area 660,4 m2 and minivan Mercedes Benz Viano 2012 model year, at a cost of more than half a million hryvnia.

In addition, the spouse of the Lviv mayor declared several mass media including “Radio Deluxe”, channel 24 and Zaxid.net and 49% of OOO “Royal court” (a cafe in Lviv).

Relative to the income of the Garden indicated that he had received more than 750 thousand UAH salary in JSC “TV and radio company Lux” (holding, which unites all its mediactive), almost 16 thousand hryvnias of a grant on the care of a child up to the age of three, more than 45 thousand UAH on the accounts in “PrivatBank” and 15 thousand dollars in cash.

She also declared the credit in “PrivatBank” in the amount of 114,299 thousand hryvnia and UAH 1 million for an interest-free loan from “TV and radio company Lux”.

We will remind, earlier in the NAB said that in some cases, will check the e-Declaration. Although the verification of the information in the declarations do not fall within the purview of the anti-corruption Agency.