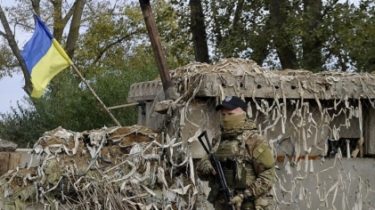 For the past day during the fighting in the Donbas killed one Ukrainian military, seven more got wounds.

This was during the briefing said the speaker of the Ministry of defence of the ATO Andrei Lysenko.

Read also: Poroshenko announced how many Ukrainian soldiers were killed due to Russian aggression

“Over the past day as a result of active combat actions 1 Ukrainian serviceman was lost, 7 more got wounds”, – Lysenko informed.

Recall that for the past day militants 55 times opened fire on positions of Ukrainian military in the Donbass. Most attacks were recorded in Mariupol direction.