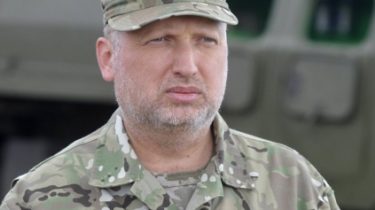 The Secretary of the NSDC has published data on income for 2015.

Secretary of the national security Council and defense of Ukraine Oleksandr Turchynov holds in banks 758 thousand and $ 735 thousand dollars in cash.

This was stated in the Declaration.

In the hands of Turchynov 735 thousand dollars, 55 thousand euros and 250 thousand hryvnias.

The NSDC Secretary and his wife have owned only one car – a Toyota Highlander 2013 model year. They own an apartment in Kiev with an area of 381 sqm and two Parking spaces.

In addition, Turchinov declared 27 old Church books, including the Bible, the Gospels, the Apostles and Tropologion. He also has 12 paintings.

Turchinov owns the copyright to the film and literary work “Illusion of fear”, the work “Witness”, “the last supper”, “the Coming,” as well as several monographs on the topic of the shadow economy.

See also: Nasirov has declared more than $ 1 million and UAH 4 million in cash and more than 20 plots