Raising the minimum wage: why economists warn of big risks for wallets 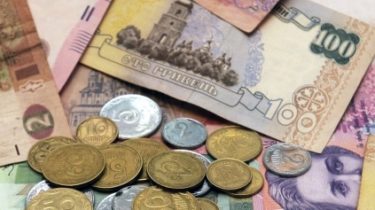 Raising the minimum wage: why economists warn of big risks for wallets

The government’s decision is a big surprise to government, business and people.

As reported in the story TSN.Week of hotly argue two points.

Such financial revolutions of the country did not perivale ever. Raising the minimum wage in Ukraine 100% is the first in history. Also, the first salary was equal to the subsistence level.

“This decision affects more than four million Ukrainians, the level of payment which currently is 1450 UAH. For payments in the public sector will be found related resources of the state budget, while the private sector receives a clear rule that forbids working Ukrainians to pay less than 3 200 hryvnia per month,” said the President of Ukraine.

Petro Poroshenko stressed that he appealed to the government that it is in no way meant raising taxes for small and medium businesses. But the first reaction of economists was rather ambiguous. A master’s degree from Harvard University, economist Oleg Ustenko says that “novelty” will cost the small business in additional costs in the amount of 10 billion annually.

But this decision was surprised and MPs. Member franktsii Block Petro Poroshenko, the financier Viktor Pynzenyk was obviously not privy to such a plan, though, and is a member of the coalition. Next came the representative of Poroshenko in the Cabinet and co-chair of the support group reforms under the government of Leszek Balcerowicz. He is famous in the world, the author of shock therapy, forced to admit that he was in shock, because he was deprived of access to this economic operation.

Why is the government up to the last concealed his gesture? Last week was a draft budget and the minimum salary increased only 10%. What happened during these four days that changed the course of state calculations – I think this is one of the biggest intrigues of the political season? Politicians throw up their fingers, counting all the possible conspiracies: from the translation people’s attention from the officials ‘ declarations, ending with the approach of parliamentary elections. It is important, however, will live better after this decision.

That is the plan to take money from the pockets of entrepreneurs and put into the pockets of doctors and teachers. Entrepreneurs from idea officials are not enthusiastic. For anybody not a secret that a lot of Ukrainians officially get 1400 UAH, and everything else they pay in envelopes. Now small business owners are sure that twice the minimum salary do not pull, so you have to just close some point because not enough money. While the unemployed will go for state unemployment benefits.

Cautiously greeted the surprise of the government, it seems, and ordinary Ukrainians. People are convinced that raising the minimum wage will only cause inflation.

According to Ustenko, the world experience shows, if the country predict a shortage of bugdet 3%, a minimal increase of 130%, it will have its consequences. In particular, will increase unemployment by at least 5%. This is the opinion of the Advisor to the Ukrainian President Leszek Balcerowicz. He is convinced that the level of income necessary to raise not at the expense of the population, but at the expense of economic growth in the country. However, the final nail in the logic, which is still lived the famous Polish reformer, killed the chief tax specialist of the country, when he said that raising the minimum wage to 3.2 thousand UAH is only the first step – next year the minimum wage should be increased first to 5 thousand UAH, and then to 7.5 thousand UAH. “I certainly don’t mind that there were less poor people. But it’s established through growth. I’m surprised Nasyrova statement about the increase in salary is not 100%, and even more. I think there is a competition of populism within the same government,” said Balcerowicz.

In such a situation in the country, say economists from around the world, to reasonably raise the minimum salary by 10%. Theoretically, the salary increase will actually increase demand, which will start the economy. Production will require loans to expand capacity. Therefore, banks will earn more, lowering the cost of loans. Cheap money to encourage the emergence of new business that will create new jobs. As a result, the money again, get people in salaries. However, this is all theoretical. When it comes to the minimum salary, which is taxable, it does not affect domestic demand. “When you increase minimum wage, you have to be ready, in terms of the economy, which is the Ukrainian economy will not be responded to by the domestic producers,” – says the economist Ustenko.

This will mean that the country will bring in more imports, so the dollar may cross the mark of RS 30. How do you plan to prevent these risks in the government, is still unknown. One thing is clear – in a country where people barely make ends meet, it is necessary to lift the economy in the world on proven patterns.

The main sensation of the week – the minimum wage in Ukraine increase by half. Even on Wednesday, when the Prime Minister Groysman announced about it, and the President confirmed in the video, journalists, economists, and just people who care passionately argue, because such financial revolutions of the country have not experienced ever.