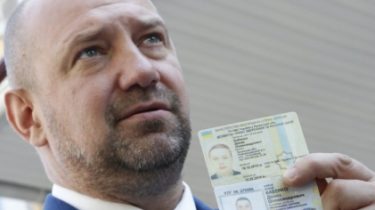 The whole stock of national currency funds in Ukraine is much less “appetite” of the MP.

The former Deputy head of the National Bank of Ukraine Vladyslav Rashkovan said that in Ukraine there is no trillion hryvnia cash in its Declaration stated the people’s Deputy Sergei Melnychuk.

According to Rashkovan, the whole stock of national currency funds in Ukraine, which includes cash, banks and hryvnia correspondent accounts at the NBU in September 2016 was $ 355 billion. The volume of hryvnia cash outside banks amounted to about 290 billion.

“There is no trillion hryvnias in cash, has never been (not printed and not printed), and probably many other cash-mnt indicated in the declarations,” wrote the former Deputy Chairman of the national Bank.

“The question of why these figures show quite interesting,” added Rashkovan.

We will remind, people’s Deputy and former commander of the battalion “Aydar” Sergey Melnichuk declared a trillion hryvnias in cash. Thus, according electronic Declaration of Melnichuk, his entire income for the year 2015 amounted to a parliamentary salary of 73 thousand.