Nearly $ 160 million in cash and a collection of gold watches. E-the Declaration of the mayor of Odessa, Trukhanov 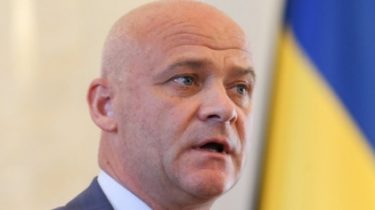 Nearly $ 160 million in cash and a collection of gold watches. E-the Declaration of the mayor of Odessa, Trukhanov

In the collection of Trukhanov six gold watches.

The Odessa mayor Gennady Trukhanov is a shareholder of the Odessa refinery and stores 159 thousand dollars in cash.

This is stated in the electronic Declaration Trukhanov, completed them on the website of the National Agency for prevention of corruption (NACP).

See also: “Homeless”, he declared know-how “Black men” and a collection of knives

The mayor of Odessa is also a shareholder in public joint-stock company Odesa oil refinery. He – 292 754 shares with nominal value of 79 thousand hryvnias, and also 885 thousand shares of OAO Counterguards cost 6 638 USD.

See also: Without a car and five hryvnia in the Bank: the new head of the AP released the Declaration on the income

In addition, he has declared 59 575 hryvnia as wages. He also keeps cash 90 thousand hryvnias and 159,3 thousand dollars.