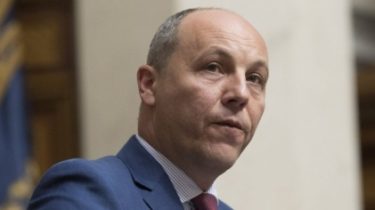 Interlocutors of the Ukrainian deputies was European politics.

Speaker of the Verkhovna Rada Andrew Parubiy and the leaders of the parliamentary groups and factions visited France and met with our European colleagues, the theme of which was the reform of the Ukrainian Parliament. Key changes the call status of the opposition, the principle of distribution of posts in Parliament and the new format of the report of the government before deputies, said in the story TSN.19:30.

At the last moment to participate in the event declined only representatives of “Opposition bloc”. However, between those who came, a single position is not. But the head of BP had the hope that a compromise will be found. Discussion decided to hold closed – press to the meeting missed.

How to reform the Verkhovna Rada of Ukraine, deputies went to consult in Paris. Meeting with European colleagues was held in a closed format. It discussed four points of parliamentary reform, which insists on Europe, in particular, the status of the opposition, the principle of distribution of posts in Parliament and the new format of the report of the government before deputies.

As it became known, in General, in the so-called road map of reform, there are 52 points. Of these, only two became a stumbling block. The main problem is the principle of distribution of the committees between coalition and opposition. During the debate venue was even called the ambulance – perhaps, someone from participants of the conversation became ill. The speaker Parubiy in the end stated that despite different points of view on the economy and politics, the Ukrainian deputies agreed that the issue of security now is key and in time of war, ought to join forces.

Final decision the deputies will have to take after discussing what they saw and heard in France in their factions. Former European Parliament President Pat Cox, the curator of this reform, the meeting did not comment. Other members of the Ukrainian delegation left the event a different entrance where they had not been hunted.