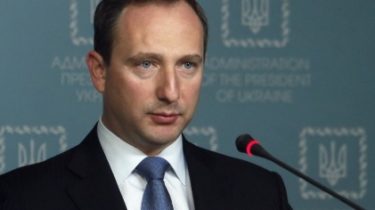 The main income of Ihor rainin received from the sale of real estate.

Appointed in August by the head of the presidential administration Igor rainin in its Declaration stated that neither he nor members of his family didn’t own a car.

In 2015 he received a salary in the amount of 16,3 thousand UAH during operation, the PA 111,7 thousand UAH for the post of head of Kharkiv regional state administration. His main income was the proceeds from the sale of real estate – 795,4 thousand UAH.

His wife owns 10% of shares of LLC “Ukrainian scientific-production center “ohorona Pratsi”, where last year she earned 42,5 thousand UAH and received dividends at 28 thousand UAH. In addition, she received financial assistance in the amount of 1700 UAH.

The wife of the head of AP does not keep money in banks, in the hands of her 10 thousand dollars and 50 thousand UAH.