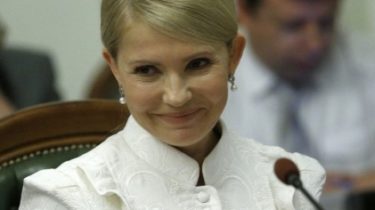 The Chairman of the faction “Batkivshchyna” has published the data on their income.

Former Prime Minister and Chairman of “Batkivshchyna” Yulia Tymoshenko in 2015 earned 75 616 UAH – such was her salary in the Verkhovna Rada. 80 559 UAH, she received on the performance of Deputy powers.

According electronic Declaration deputati, the breadwinner in the family is her husband Oleksandr Tymoshenko: he received foreign income from three companies for the sum over 3 million UAH, and also insurance payments on 66 337 UAH.

For the purchase of works and services Tymoshenko last year spent 500 UAH 162.

Yulia Tymoshenko has declared a house with an area of 588 sq m in the village of Kozino in the Kyiv region, which she rents. She also has “other right” on the land plot of 1500 sq m under the building and land plot with an area of 1862 sq. m near the house.

Also the former Prime Minister has specified in the Declaration the apartment in the Dnieper area of 59.4 sq, which does not belong. “Wrongly not unregistered”, – the document says.

The husband of the Chairman of “Batkivshchyna” is the ultimate beneficial owner of the nine companies in Ukraine.