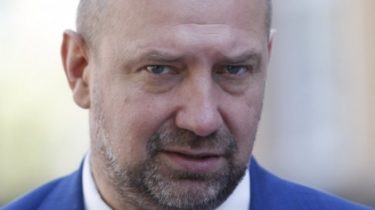 The MP criticized the electronic Declaration, which “legalized corruption”.

He said this in comments to BBC Ukraine.

“I planned this amount showed. Wanted to draw the attention of the world community that the Declaration legalized the corruption of money. It’s the same offshore come,” – he stressed.

According to Melnychuk, electronic declarations provide an opportunity to legalize “stolen from the people for 25 years.”

Separately, he also assured that he will correct the information soon, as before, for technical reasons, he failed.

“The system did not give me to do. I’ll fix that to avoid criminal liability. There are seven days to change the data, I’ll do it,” he said, adding that will also make a document “10 million UAH of assistance”, which he, according to Melnichuk, already spent on fighters ATO and their families.

We will remind, people’s Deputy and former commander of the battalion “Aydar” Sergey Melnichuk declared a trillion hryvnias in cash. Thus, according electronic Declaration of Melnichuk, his entire income for the year 2015 amounted to a parliamentary salary of 73 thousand.

In turn, the former Deputy Chairman of the National Bank of Ukraine Vladyslav Rashkovan said that in Ukraine there is a trillion hryvnias of cash, and the whole stock of national currency funds in Ukraine, including cash, cashiers of banks and the hryvnia correspondent accounts at the NBU in September 2016 was $ 355 billion. The volume of hryvnia cash outside banks amounted to about 290 billion.