In Kiev there was an explosion in the tram depot. 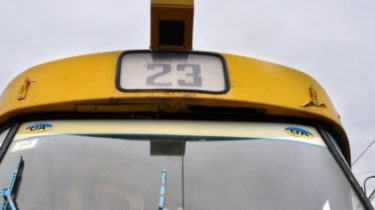 In Kiev there was an explosion in the tram depot.

Militiamen find out, what caused the explosion.

In Kiev Darnitsa , an explosion occurred in the depot.

“The message on explosion in the depot at St. Paul Usenko received the duty of the Metropolitan police in 14:11”, – stated in the message.

According to preliminary data, in the depot exploded electric boiler heating.

The incident resulted in killing 60-year-old female driver of the depot, besides one more employee was injured, the now 59-year-old man with chest trauma admitted to hospital.

At present militiamen establish the cause of the explosion, the issue concerning the opening of criminal proceedings.

We will remind, earlier in Kropyvnyts’ke explosion in a military unit. According to preliminary data, exploded grenade. In the incident a man was killed.