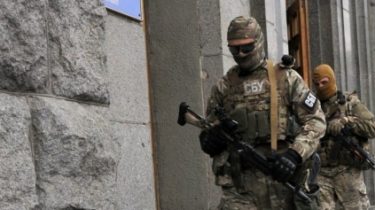 Currently, communication with the head of the state Reserve no.

The work of the Central office of the State Agency of reserve of Ukraine blocked in searches by the security Service of Ukraine and the Prosecutor General’s office.

This was announced by the head of financial-economic analysis of the state Reserve Miroslav Belinskaya, reports “Interfax-Ukraine”.

“At 8:30 a.m. in the building was stopped by armed representatives of the security service and Prosecutor General’s office, communication with the head of the state Reserve there,” she said.

According to her, now the State is trying to figure out the reasons for the investigation.

Recall zthe Vice Gontareva has searched in the framework of the case about 2 billion hryvnia. In addition to Kiev, the searches took place simultaneously in the office of the current owner of Platinum Bank Odessa businessman Boris Kaufman.

In the court’s decision to conduct a search indicated that the former head of the Bank, “Michael” Igor Doroshenko entered into a criminal conspiracy with businessman Kaufman and Rozhkova. “Illegal operations aimed at the withdrawal of assets from Bank to Bank is declared insolvent and damages in the amount of 2 billion UAH”,- this count against the defendants in the case.