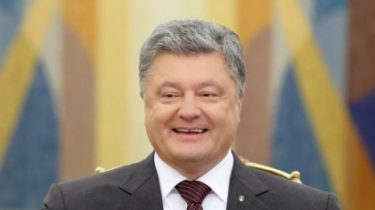 Ukraine may get visa-free regime until November 24.

Ukraine has fulfilled all 144 requirements for a visa-free regime with the EUuntil November 24, the Ukrainians unable to bezviz.

This was announced by the President of Ukraine Petro Poroshenko on own page in Facebook.

“Ukraine has fulfilled all 144 requirements bezveze reached all the criteria. I hope that before the Summit Ukraine-EU in Brussels on 24 November, the Ukrainians will receive this long-awaited decision, as recognition of the progress and solidarity”, − said Poroshenko.

The President added that the positive changes in Ukraine are irreversible, and “horror stories” that were spread abroad did not materialize.

See also: When Ukrainians will be allowed in Europe. Everything you need to know about the visa-free regime with the EU

We will remind, the President of the European Commission Jean-Claude Juncker has confirmed the execution by Ukraine of all criteria for visa-free regime.

We will remind that earlier the President Petro Poroshenko met with President of the European Council Donald Tusk and European Commission President Jean-Claude Juncker. The interlocutors reaffirmed the importance of maintaining sanctions against Russia to restore territorial integrity of Ukraine.

Klimkin explained the reasons for the postponement bezveza for Ukraine. According to the Minister, the approval of a visa-free regime with Ukraine will not be considered by the European Parliament in October due to the debate around immigration crisis.

France and Belgium have blocked a visa-free regime for Ukraine after Kiev has fulfilled almost all the requirements, and admitted that the President of the European Council Donald Tusk. Say, you have to complete the internal procedures. But the Netherlands is still blocking the signing of the agreement on Association of Ukraine with the European Union.