Provocations in Luhansk and shelling of the enemy in the Donbas. Digest ATO 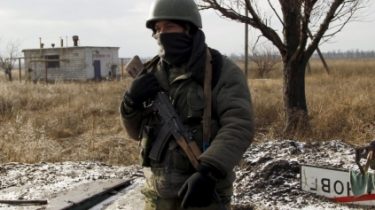 Provocations in Luhansk and shelling of the enemy in the Donbas. Digest ATO

On the Mariupol direction was held on 11 attacks.

During the day in the area of the antiterrorist operation on the part of rosasco-the occupation forces recorded 22 cases of opening fire on positions of AFU.

On the Mariupol direction was held on 11 attacks. In areas of Granite, Lebedinsky, Gotovogo and Novotroitsk, the enemy fired from grenade launchers, machine guns, small arms, and near Shirokino and Steppe – mortars 82mm and 120mm caliber.

In Donetsk direction the invaders 7 times broke the silence mode. Against the defenders of the mine Butovka was used in guns of large caliber, rocket-propelled grenades of various systems, small arms, and in Lugansk – fire of the BMP, and in Avdiivka and Verhneuralskogo – mortars, 82 and 120mm.

On the Lugansk direction were 4 armed provocations. Near Lopasov against the Crimean and Ukrainian units, the militants used rocket launchers, machine guns, small arms, and Nizhneteploye, in addition, were the fire of enemy snipers.

See also: occupied In the morgue Donetsk brought the bodies of 20 militants, the defence Ministry

For the last day, October 30, in the area of ATO in the Donbas the militants 54 times opened fire on positions of Ukrainian military.

In the area of Mariupol, Donetsk region had the most attacks-provocation – 31.