The Chinese investor will allocate 1.2 billion euros for new CHP in Kiev 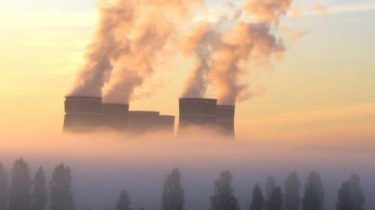 The Chinese investor will allocate 1.2 billion euros for new CHP in Kiev

Because of this, reduction in the tariffs and the issue will be resolved with the garbage.

In an interview with the Focus magazine said Secretary of city Council Vladimir Prokopiv.

Now at the last stage is the coordination of the project with the involvement of more than one billion euros of investment.

Read also: China has agreed to extend lending to “Naftogaz of Ukraine”

“Attracted investors in many industries, and hopefully my prediction will be able to beat. The last stage is the coordination of the project with a Chinese investor for the construction of new CHP in Kiev. The question price – 1.2 billion euros,” said Prokopiv.

According to him, therefore, solved several important problems.

“With this project, we immediately achieve several important goals – the reduction of tariffs and the issue of garbage. New technologies enable to use as fuel for future CHP part of the city’s garbage,” – said the Secretary of the city Council of Kiev.

We will remind, Ukraine will receive from the government of China 50 fully equipped ambulances. The intergovernmental document on October 21 signed Stepan cubic meters, first Vice Prime Minister — Minister of economic development and trade of Ukraine, and Du Wei, Ambassador extraordinary and Plenipotentiary of people’s Republic of China in Ukraine.

It is noted that in accordance with the signed intergovernmental agreement, Ukraine will receive 50 ambulances fully equipped with medical equipment for total amount of 25 million Chinese yuan (3.7 million U.S. dollars).